By the 1960s, the D.C. region could have been called a soul music capital: Out of it came Marvin Gaye, Peaches & Herb, The Casuals (later Skip Mahoney & The Casuals), Terry Huff and Special Delivery, The Unifics and numerous other talented performers who played the region and eventually cut record deals.

But a soul group with an openly gay frontman? That was still rare at the time, and D.C. gave the world one of the first: Tony Washington’s group, The Dynamic Superiors. 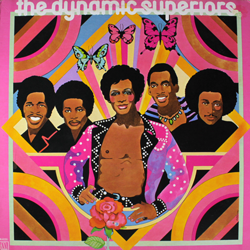 Ask a casual soul-music fan about The Dynamic Superiors, and they might start humming the group’s first hit, “Shoe Shoe Shine.” Ask a devotee, and they might tell you about “Me and Mr. Jones,” the group’s gender-swapped take on the hit first performed by Billy Paul. They became known for playing that one live.

D.C. soul collector, DJ and hobbyist historian Kevin Coombe runs the website DC Soul Recordings. He says The Dynamic Superiors helped break a barrier for openly gay performers, and certainly for Motown Records, which gave the group a multiyear deal in the 1970s. “It’s not like being gay was going to shock [everyone at the time], it’s just Motown,” Coombe says. “Motown hadn’t done anything like this… it would be like them suddenly having John Denver or something.”

Disco, which had already opened new doors for openly gay artists, may have helped push Motown in a gay-friendlier direction. The Superiors put out their first Motown LP in 1975. That same year, a Motown-distributed imprint released the gay anthem “I Was Born This Way,” sung by Valentino. Then Carl Bean recorded his own disco version of the song for Motown two years later. 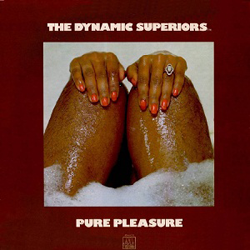 Washington told a newspaper in 1977 that some audiences rejected the group, particularly early on, but that didn’t stop their songs from hitting the charts in the ’70s.

The vocal group released its final album without Washington in 1980, and Coombe says Washington died nine years later. These days, a group with the same name performs live from time to time, but Coombe adds that it doesn’t have a connection to the original lineup.

While he writes his book about D.C. soul, Coombe took some time to tell Bandwidth more about how The Dynamic Superiors got a break, and how they made their mark on a pop-music industry not known for its social progressivism.

The Dynamic Superiors were formed around 1961. I believe they called themselves The Superiors first, and then The Dynamic Superiors. They all grew up in the same neighborhood of Northeast D.C. and went to Spingarn High School. Their first performance was at a talent show at Spingarn. At the time, they were kids—they were under 18, nobody knew who they were, they were just another one of thousands of groups locally. But they were able to perform at a few clubs, and eventually they were able to start traveling around to different cities and performing.

In 1968, they had brought in just enough money where they could pool together their cash and finance a house. They all lived there; they were all very serious about their careers. They made a pact to never get married.

In the early 1970s, they were doing a show in Atlanta, Georgia, and they were discovered by a Motown representative that was there. They were signed not long afterward. They had offers before like that, and they didn’t think it was real. But they were signed and things went pretty good for them. Right off the bat, their first album had some hits, like “Shoe Shoe Shine.” That was their first big hit in 1974.

The Dynamic Superiors had great voices and Motown loved them. They really gave the group some leeway because the lead singer was openly gay. His name was Tony Washington. His brother, Maurice Washington, was also in the group. Tony was the only openly gay member of the group. [Ed. note: Washington said in a 1977 interview that he had another gay bandmate who hadn’t come out.]

Everyone had known each other for many years; no one in the group had any issues with Tony’s sexuality. It was just another aspect of their friend. And I don’t know how Motown must have felt at first, but they loved them, and they were bringing in hits. So they eventually made the decision—which is pretty wild for Motown—to allow Tony to do his thing.

Washington was pretty out there—he wore makeup, he would dress in such a way that it is clear that he was gay. One thing that he was known for was—there’s a song called “Me and Mrs. Jones.” The other guys would say “Mrs.,” and Washington would always get up front and say “Mr. Jones.” Apparently, they were well known for that. They got to the point where Motown was comfortable releasing album covers that really flaunted the fact that these guys had a connection to the gay community.

On the first record [shown above], Motown used pink butterflies and colors that are very feminine. He’s wearing an incredibly feminine look with makeup and everything else. Artists in the ’80s and some disco artists could get away with that… But they’re really trying here. A rose. Butterflies. They identified the fact that he was gay. He identified the fact he was gay. The group flaunted it. So somehow, Motown made the marketing decision to just open up the closet and throw it out there. And it worked. People bought the album. “Shoe Shoe Shine” was a big hit. You had Ashford and Simpson doing production, it was really amazing stuff.

The group’s second album, Pure Pleasure—those are man’s legs with man’s painted nails [shown above and below]… And it’s representative of Tony Washington. He’s always said that’s not him. But you know, it doesn’t really matter—it represents him.

To me, musically, The Dynamic Superiors were more or less another talented group making hits. I don’t think that their recordings were quite as influential as their stage presence, their dance moves, their choreography—you constantly see other groups reference the fact that the Superiors had that name for a reason. Those guys get out there—their dance moves and their choreography were crazy. And they can all sing really well, and Tony can hit crazy notes.

The Dynamic Superiors kept going after [Pure Pleasure]. They released a number of albums through 1980, and then they stopped.

It’s not like being gay was going to shock [everyone at the time], it’s just Motown. Motown hadn’t done anything like this. It’s like them suddenly releasing a really huge rock album. They did put out some rock stuff, but it would be like them suddenly having John Denver or something.

I can’t really think of a soul group that had a very openly gay frontman that was on a major label before this. A lot of gay newspapers and magazines interviewed Tony, and he talked about how happy he was that people would come up to him after shows all the time and say he was an inspiration for them to come out. So in the gay community, I think he made an impact.