Richard Thompson‘s 16th solo album Still closes with an unusual homage to his longstanding sources of inspiration. It’s called “Guitar Heroes,” and though it’s predominantly a standard jump blues, it’s laced with extended interludes in which Thompson — arguably the most under-appreciated guitar hero currently recording — tips his hat to Django Reinhardt, Les Paul and other titans.

Each detour is rendered in an idiomatically correct rhythm, and each shows Thompson’s command of the relevant style. It’s like a high-speed history class, taught by one who has pondered, in depth, the signature sounds and moves of the greats.

Still, something is slightly off. Such homages tend to be awkward — here’s a little song celebrating people who made great music! But there’s also Thompson’s own shadow: In the preceding 11 tracks, he’s displayed all facets of his subversive, blink-and-you-miss-it six-string genius. He builds some tunes around pretty, contemplative acoustic arpeggios that recall his Fairport Convention days, when he and others were just developing folk-rock. He plays abrasive chords that glory in half-steps and semitones — in “No Peace No End,” these accumulate into majestic, repetitive intensity that evokes Indian raga. He spices otherwise earnest rock tunes (“Patty Don’t You Put Me Down”) with weird, claw-fisted ad-libs.

Thompson is coming off a 2013 album many place among his career peaks. Electric, produced by Buddy Miller, marked the first time in a while that Thompson permitted himself more than a breath or two of guitar commentary between verses, and those passages hit with a profound wallop, deepening the meaning of the songs. Still is produced by Wilco‘s Jeff Tweedy, who’s no stranger to the guitar as storm-bringer, pile-driver, sonic centerpiece. So there’s reason to expect fireworks, especially since the album was recorded in a nine-day burst.

But apart from “Guitar Heroes,” Still is considerably less showy. A song guy at heart, Thompson takes care to color within the perimeters of his songs, providing what’s needed and no more. He wants the focus on the narratives, on the woman who’s terrified of intimacy and walks around “All Buttoned Up,” and the one who “Never Could Resist A Winding Road,” and the one who has suddenly, inexplicably, gone cold, prompting him to wonder, “Where’s Your Heart?”

This deliberate choice confines most of the guitar pyrotechnics to the margins. Which might seem like a drag, but actually plays to Thompson’s strengths; he treats his playing as a spice, not the main course. Through nuance and implication, he gingerly underscores and amplifies the narratives, filling out the emotional intention running beneath and between the words. In his music, the brief guitar moments between verses aren’t placeholders; they’re opportunities for elaboration that are integral to the spirit and the tone of the tunes. These can require him to sound cuddly and soothing, but they also inspire him to drop in the instrumental equivalent of a caustic comment or a withering punchline.

This type of playing isn’t nearly as theatrical as an arena-rock solo; Thompson here avoids all the stock ritualized elements of rock guitar. When he takes a solo, it’s a swerving, cathartic, edge-of-the-seat experience. When he doesn’t take a solo, the bliss comes in highly concentrated doses. Let other guitarists babble on. Thompson is one of the few who can make a four-measure phrase feel positively epic. 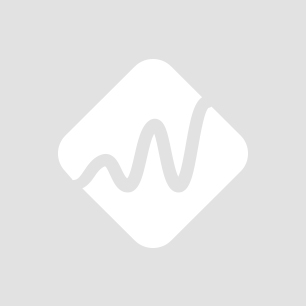 She Never Could Resist A Winding Road

She Never Could Resist A Winding Road

Patty Don't You Put Me Down

Pony In The Stable

No Peace, No End